A group of us in the Contemporary Aboriginal Knowledge and Governance section of TNI are committed to working an analytic which takes world—the here and nows we find ourselves participating in, as emergent.  This refuses the conventional modern analytic that has as given, an ‘out-there’ to be known or governed by an ‘in-here’ which knows or governs.  Instead in worlds taken as emergent, all participants—human and non-human, mix up in the present here and now.  We learned to think this way in the 1980s and 1990s when we worked for various Yolngu organizations, our learning taken in hand by particular generous old Yolngu men and women. This way of thinking led to the Garma Maths Curriculum which featured as a ABC Quantum video clip in my seminar at TNI last month.

Later we discovered that this analytic approach, one that we had painfully and slowly been inducted into, can relatively easily be connected to a variety of analytics that currently flourish in the academy: the frames embedded in the works of Foucault, Deleuze, Serres, and Latour, and Pyne Addelson (who is not a 20th century French poststructuralist like the others, but an American Pragmatist philosopher).

Hmmm….Our work in services provision involves waiting for, and starting from, governance problems that, like stories “just come along”, as one of our Yolngu colleagues, Yingiya Guyula, puts it. Currently Juli and Trevor working in Gapuwiyak, and Anthea in Ramangining, find themselves working with groups of elders who want to ‘bite the bullet’ and set up corporations.

While the story of this work is not mine to tell, as a member of the team I am concerned.  Despite having I, as much as an old Yolngu woman, find myself out of my depth. I find myself wishing I had studied law, and knew more about contracts theory.  Are there any lawyers out there offering services pro-bono? 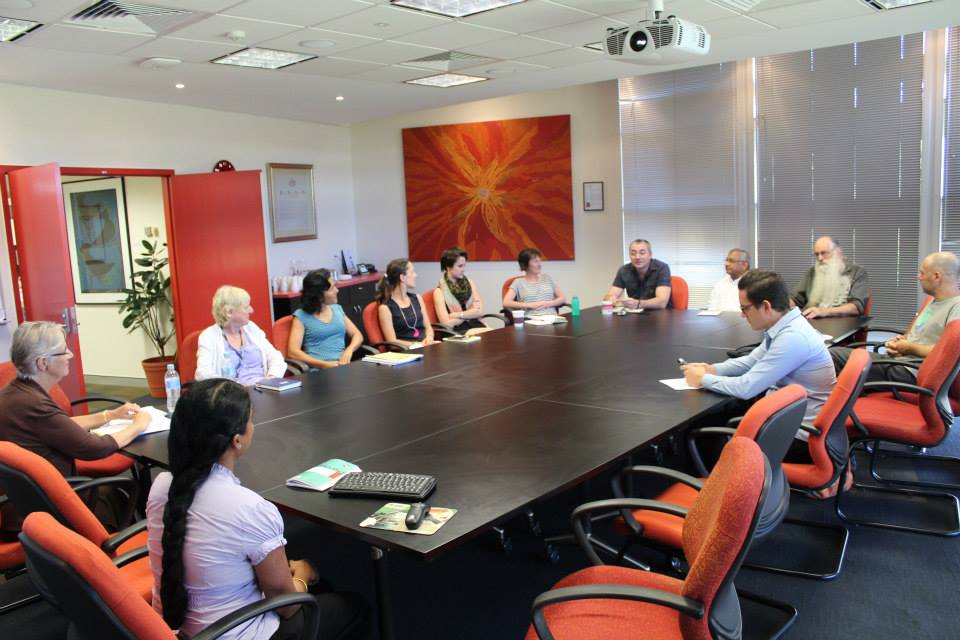